NOTE: This is a copy of the article text in case original is not online

Original article is here, full credit to the owners and authors: http://www.abc.net.au/news/2017-11-27/schools-at-crisis-point-mental-health-concerns-among-students/9192386 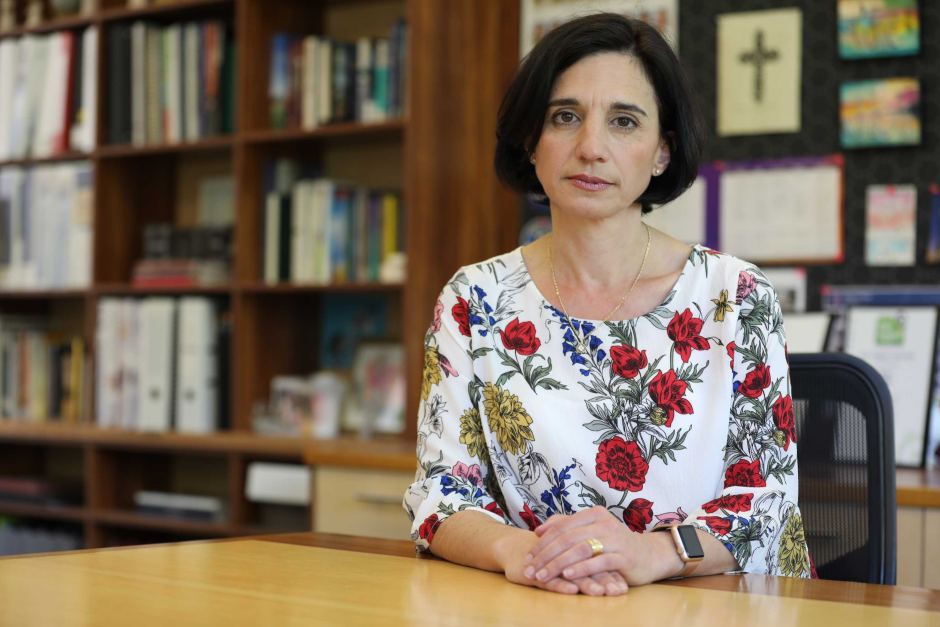 Schools are struggling to cope with a sharp rise in anxiety, depression and self-harm among students as young as 10 years old, with one principal saying Australia has reached a “crisis point“. In April a Mission Australia report found nearly one in four Australian teenagers met the criteria for having a “probable serious mental illness“ — a 20 per cent increase from five years ago.

The principal of Canberra’s Merici College, Loretta Wholley, said those figures aligned with her experiences in secondary education, but mental health issues were also presenting in younger students. “Anxiety and depression and self-harm is coming through from primary school,” she said. “This used to be an issue for years nine, 10 and 11. Now it is an issue for grades four, five and six.” 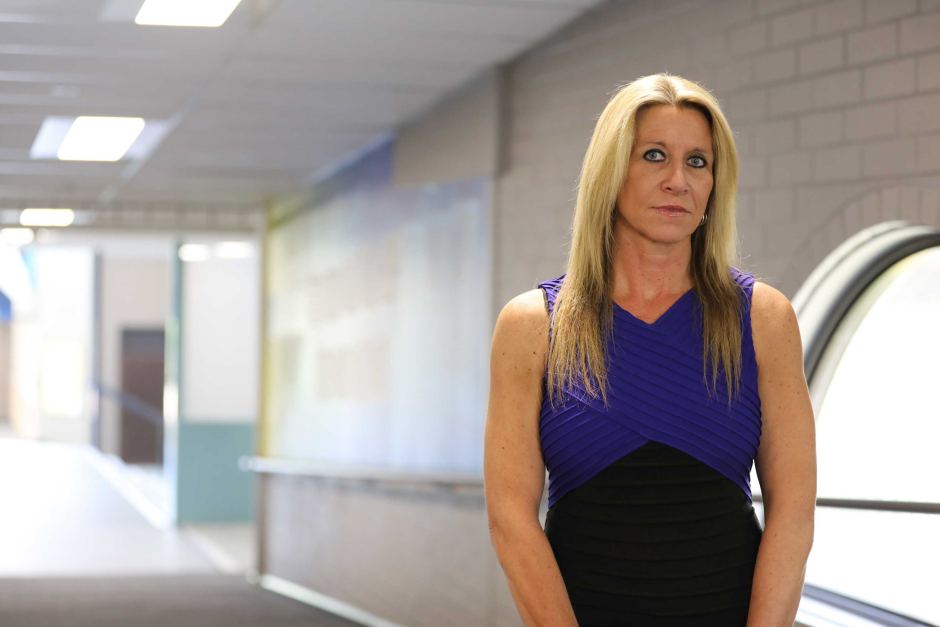 PHOTO: Kaleen High School principal Lana Read said up to 30 per cent of students could be dealing with mental health concerns. (ABC News: Elise Pianegonda)
Ms Wholley said her concern was that mental illness in children and teenagers would “cycle to a point where it gets out of control”.
“It is at crisis point,” she said. “One in four, or 25 per cent, of our population is a huge number if you really think about that in terms of a family or any group in society.”

It is an experience also shared at the ACT’s public schools, with UC Kaleen High School principal Lana Read saying up to 30 per cent of students could be dealing with mental health concerns. “We deal with young people who come to us with concerns ranging from mild levels of anxiety up to school avoidance,” Ms Read said.
But she said there was now a change in attitudes where students also felt more comfortable to come forward.
“I think a school is very much a microcosm of broader society and we know that there has been a rise in mental health issues across the country and internationally,” Ms Read said.

Why do you think there has been an increase in students dealing with mental health issues? Join the discussion.
Anxiety, depression on the rise but ADHD in decline
PHOTO: While anxiety, self-harm and depression have increased among students, behavioural disturbances such as ADHD have decreased. (ABC News: Elise Pianegonda) Senior psychologist Beth Matters sees the unique challenges for teens first-hand in her work at the public high school in Canberra’s north.
She said cyber bullying and stress, particularly regarding exams, were a major concern for students.
And she said while anxiety and depression had increased in the past five years, there had been a decrease in some behavioural disturbances such as attention deficit hyperactivity disorder (ADHD).

Ms Matters said mental health was “everyone’s business” beyond the final classroom bell.
“It’s about sending out the messaging that it’s OK to be vulnerable within ourselves, and say ‘actually I am not doing OK’,” she said.
Community response needed
Ms Wholley said while her Catholic school was undertaking measures to help its own students, the ACT Government needed to commit to more than “band-aid solutions”.
“At the moment I don’t believe they know the solution,” she said. 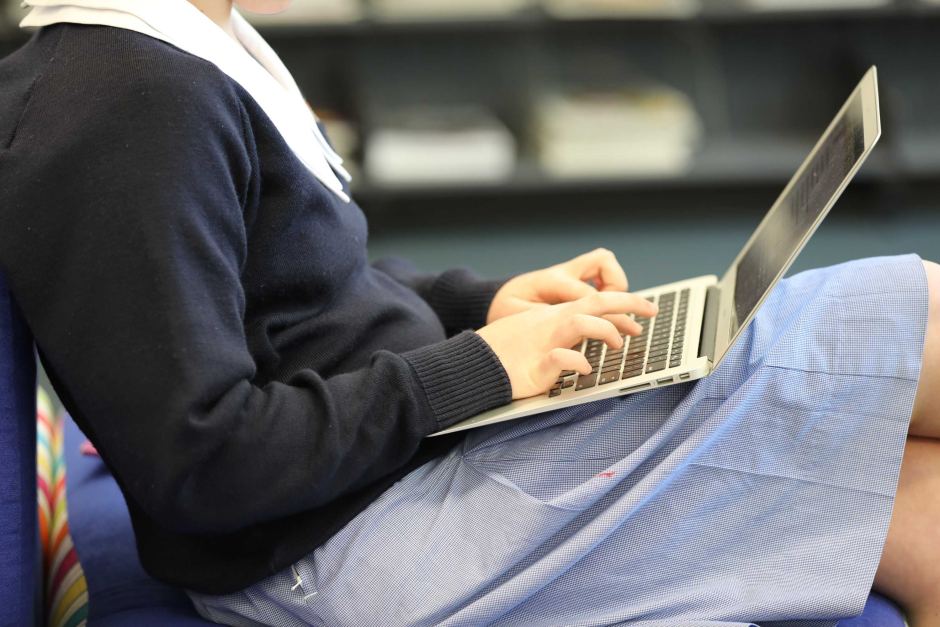 PHOTO: Ms Wholley said students needed more than “band-aid solutions”. (ABC News: Elise Pianegonda)
“[They] will give an extra $400 to an agency and that will put in an extra three counsellors. That is actually not going to be a solution for 25 per cent of the population.” She said the poor integration of services was adversely affecting students, and psychologists, counsellors, teachers, parents and researchers should all be working together to find the best strategies for individual kids.
“I think we need to realise that whilst mental health is the responsibility of the individual, they need support. And that support needs to come from a variety of sources,” she said.

“My experience is that [schools and external services] work as silos and we don’t talk to each other, so that is where I have been a bit frustrated in the ACT. “We’re there to give them the best education possible, but if they’re not healthy and aren’t happy, then they’re not going to learn.” ‘We’ve created an environment that’s unrealistic’. 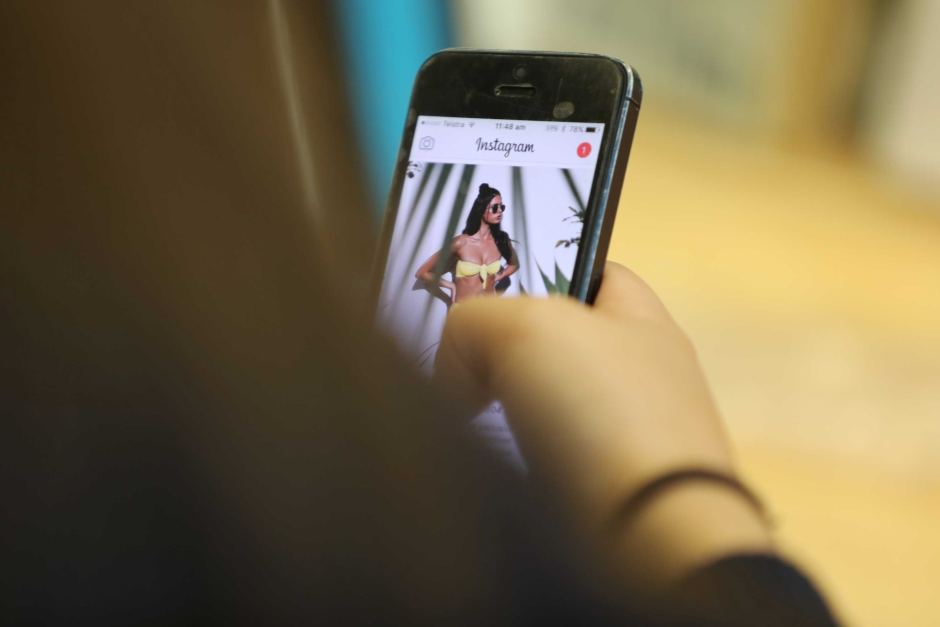 “But we’ve also made sure our children are living in an environment where they’re protected, and in that protection we’ve not allowed them to take risks or fail at something. We’ve created an environment that’s unrealistic.”
She said she worried if the country did not act immediately, nothing would improve for the future and there would be an increase in people on welfare or with much more serious mental health conditions. “You are going to have 25 per cent of a workforce that will not be engaged in their education [and] will leave schooling with a minimal level of emotional health and wellbeing,” she said. “They will be unable to engage and be an active and contributing citizen to our economy … and that would be a tragedy. “I actually see that as something that is foreseeable and if it is foreseeable then we must do something about it now.” ‘It’s very concerning’

ACT Mental Health Minister Shane Rattenbury said it was “very concerning” children as young as 10 were experiencing anxiety and depression. He conceded the system needed to evolve to meet the demands of younger students.
PHOTO: Merici Collage encourages its students to have open conversations about mental health in an effort to reduce stigma. (ABC News: Elise Pianegonda) “It is very challenging to see younger and younger people expressing problems with their mental health,” he said.
“We do have a range of youth mental health programs, but with the changing dynamics of people who are younger and younger expressing mental health concerns, we need to keep evolving our service provision to make sure we keep up.”

In the School Education Crisis, part 1 page I give some solutions that the student can research and apply to their studies. It is a matter of learning to learn, planning and learning to enter the full brain Learning State for stress issues related to education.
Of course motivation is an ongoing issue. Be that now or 23 years after school the capacity to motivate oneself is always something to work on.

There are a range of activities that can be used to focus one skill sets (eg: success journal [see my fb page or YouTube for the video]) and ‘motivational cycles’ [webpage and video to come]

Has this page triggered emotions? Or are you concerned?

Topics covered in this page are important. If you are triggered into an emotional response please seek help. If you are considering Tutoring and bullying has taken please book a session or book a call-back. Tap the button.

The standard rate for this style of Academic Life Coaching is between $150 to $200 per 50 minute session in the USA. My abilities and skills set put my value at the top of the price bracket. Academic Life Coaching is a new term to Australia and New Zealand, though this is what I did back in the mid 1990s at an equivalent rate of $150 in today's money.
The below pricing is extremely good value and makes it affordable to the ordinary family to get expert help. Send a booking email with the required information and lets have a free assessment chat.
Limited spaces are available at this pricing*. * = per payment TnCs and service agreement.